They say that a dog is a man’s best friend .. well what about cats ?! Don’t be rude.

I felt inspired to write this blog post because my cat did something cute today.. I know that people often say having a cat does not compare to having a dog, but why? Cats are a part of your family, they’re intelligent, they know you and they spend their life depending on you. I love cats!

I’d say I’m more of a cat person because I’ve only had cats, but that doesn’t mean I dislike dogs. I love dogs! Why can’t you love both?

When I was younger I used to be a little scared of dogs I didn’t know. Our family friends have always had a dog so I grew up around their’s but that was it. As I’ve got older I’ve realised that I’d love to had a dog in the future, I’ve looked after a few for friends or just been on walks with them. But I understand it’s so difficult if you can’t devote enough time to your dog, realistically you can’t be working the 9-5. I’m sure I’ll always be working full time so it’s not ideal for me to get a dog because it wouldn’t be fair on them, but cats do their own thing, so maybe I’ll end up with a couple of them instead?

My uncle used to make jokes about swinging the car around the room (because he didn’t like cats) and I guess you can’t please everyone, I honestly don’t see what’s so scary about them! But I guess some people are cat people and some people are just dog people!

I’ve had two cats in my life, a beautiful and sweet lady of a cat called Ben (we originally thought she was a boy) who was hit by a car and lost one of her back legs. She was sweet, not needy and a lovely cat to everyone who walked through the door. She lived till around 19 (in human years) and we were so sad to lose her. She was older than me and my parents got her before I was born! 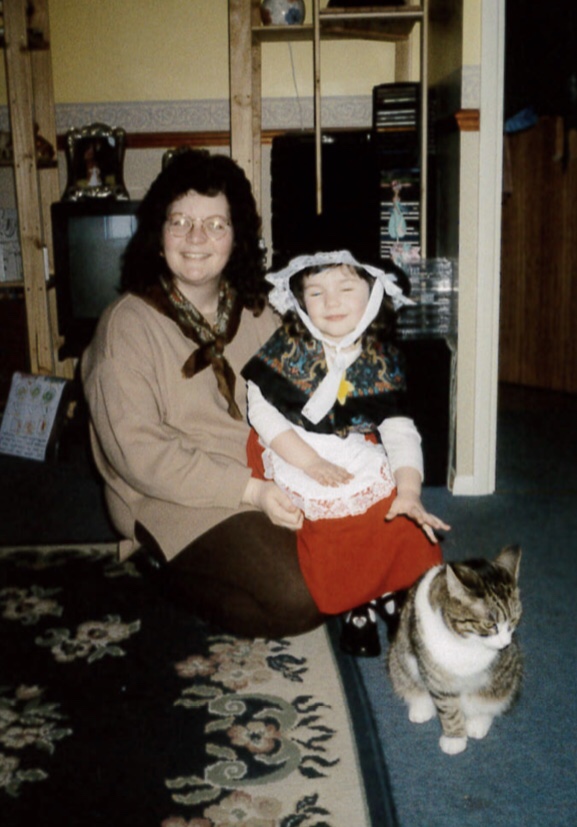 It didn’t feel right not having a cat wander about the house, so we felt we needed to get a kitten a few months after she passed. This wasn’t to replace Ben, but to fill the gap that was missing in our home. 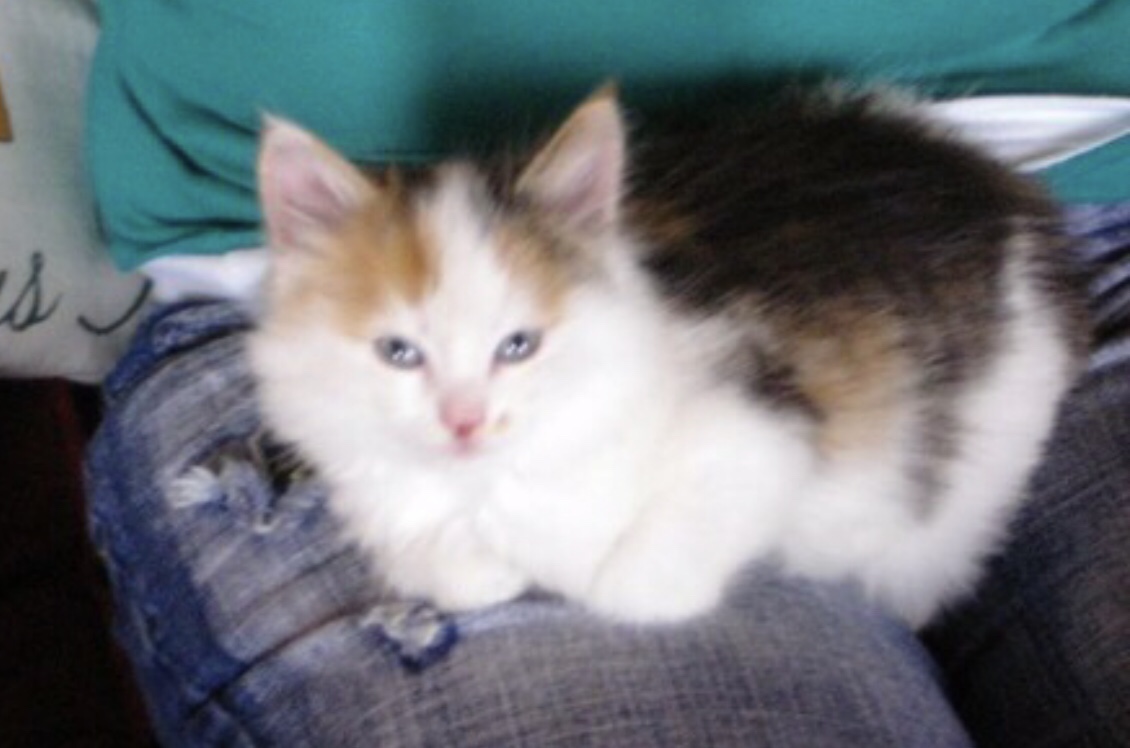 In strolls Molly, a 12 week old ball of crazy fluff, so scared she pooped all over herself on her first journey home. She was tiny, extremely fluffy and very fast. She was so small she used to sit inside my dad’s shoes and we had no idea where she was. We think she was probably taken away from her Mother too early, and the weeks before we picked her up she was left to roam (unvaccinated) on a farm with her brothers and sisters among other animals. We think that’s why she’s always been a little feral (or bitchy I call it). She’s a beautiful, still very fluffy tortoiseshell with a mainly white body and a cute little marking like a beauty spot on her upper lip. She’s affectionate most of the time, she goes crazy when she spies another cat in her territory, and she snores very loudly. She just so cute.

Last week I was home for 4 days with a flu type virus. I’d been to see a Doctor who told me to take time off to rest and get well. I’d received some bad news about a prospective job and I was feeling rubbish in more ways that one. So in trots Molly, to hop onto my bed in the middle of the day, and she came to comfort me for a few nights. She slept on my bed which is unusual for her, snoring through the night, taking up most of the bed and trying to walk over my face and chest at times too to get close to me. 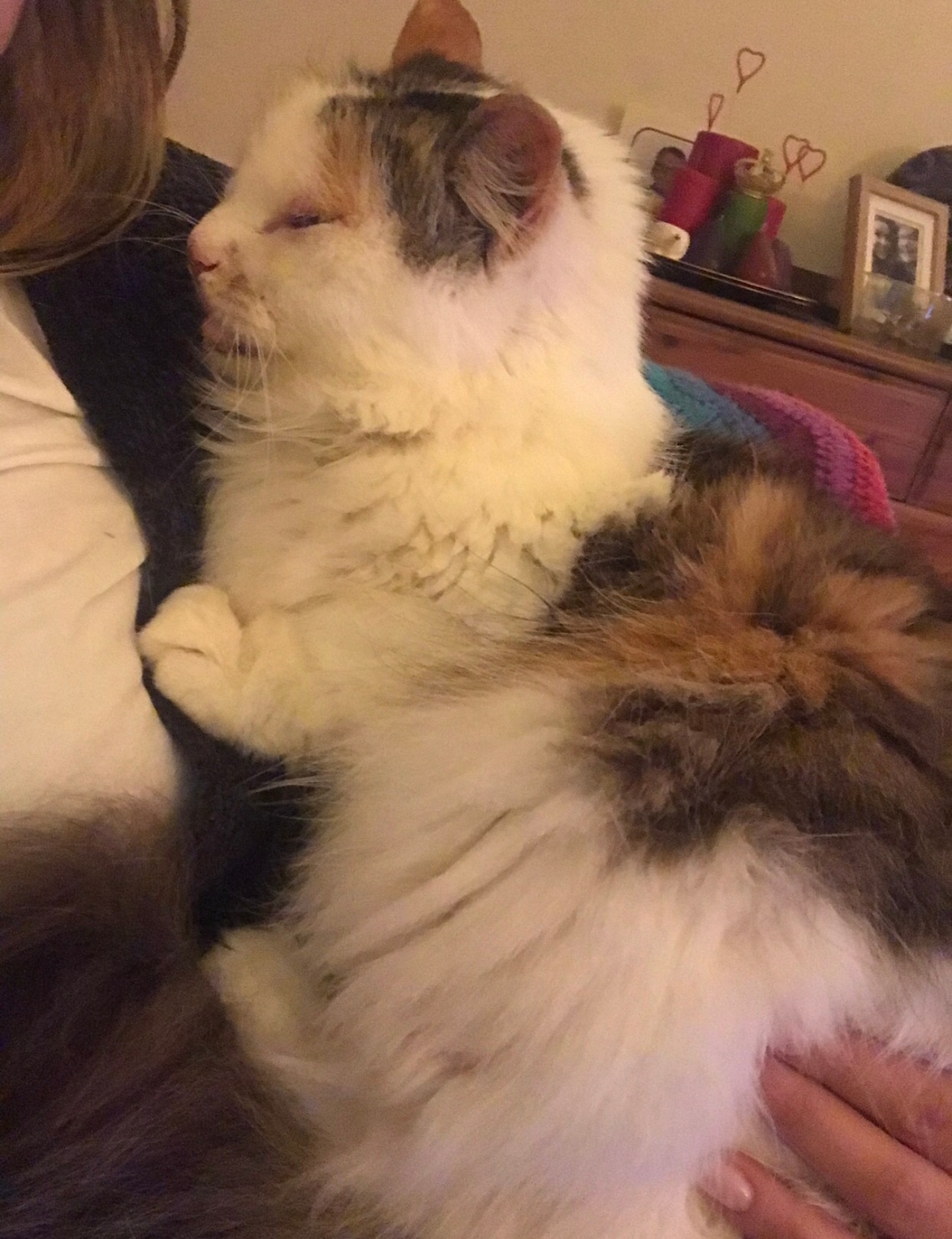 Cats are independent animals, they can sleep for up to 22 hours a day and sometimes they play ignorant and only say hi when they’re demanding food. But they’re very clever.

My cat knows that if she’s been let outside during the night and it’s now 1 or 2 in the morning and she needs to come in, if she meows outside my bedroom window then I’m going to get up and let her in. Mainly because it can be annoying but also because I don’t want her out there if it’s raining or freezing! 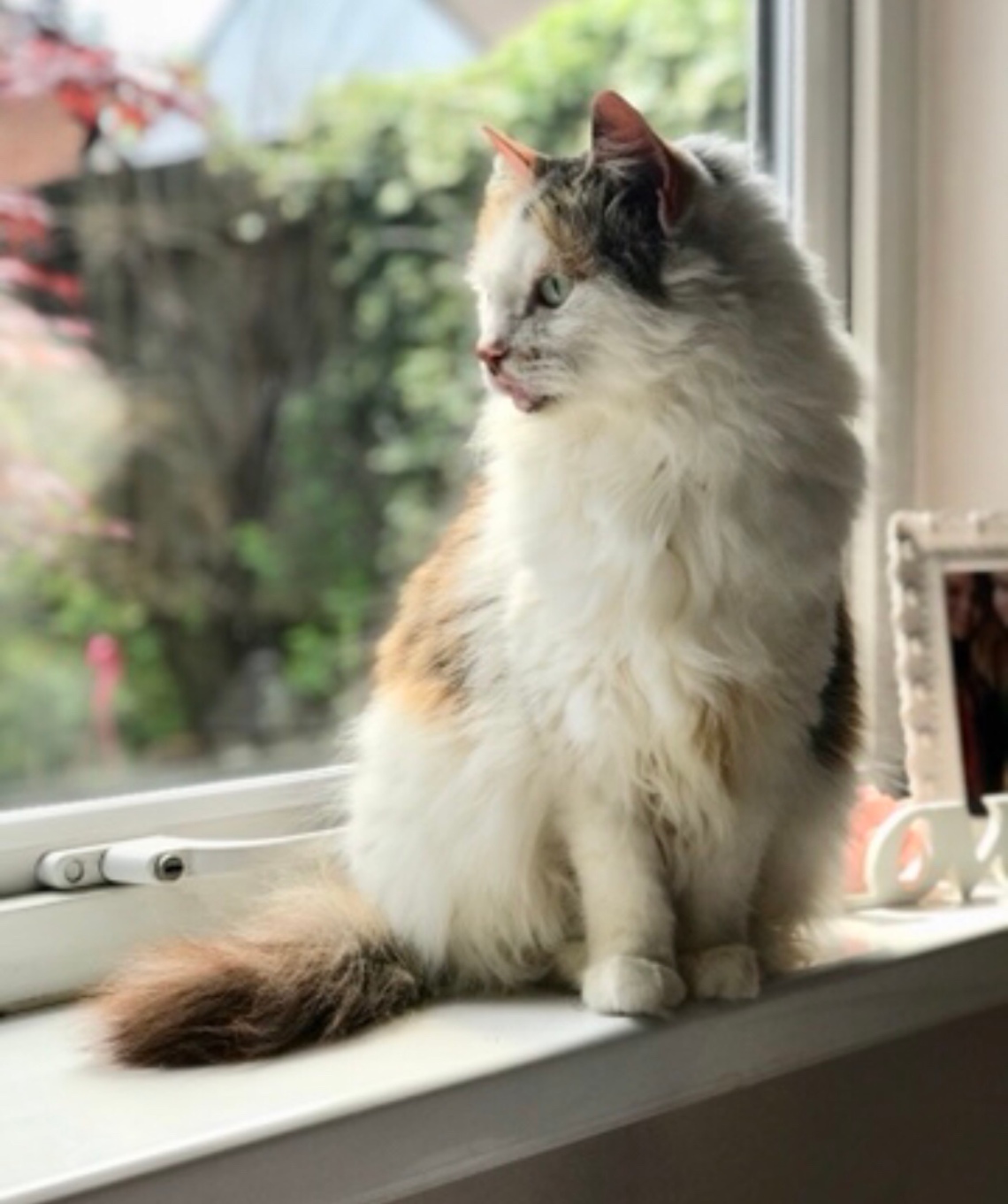 This morning, my dad said that Molly was meowing at him. (Which she hardly ever does really) he walked to her food bowl and she wasn’t hungry. She kept walking around the corner and stood outside my room. So he opened my door and she came running in and parked her butt on my bed. Now that’s cute!

Molly gets very territorial too. Occasionally I’ll look after our neighbour’s cat when she’s away. She has a lovely ginger, elderly cat called Charlie who is an old softie with hardly any teeth and a slightly wonky eye. He’s so affectionate and timid it’s very cute. If I’m walking across to road to visit and feed him, Molly will be at the front door or in the window of the living room staring and waiting until I come home. Then when I do get home, I guarantee she’ll hiss at me because she can smell another cat. She really doesn’t like seeing me pet another cat, she gets really angry and hisses at him through the window! It’s quite funny.

The only down side to having a cat (like a dog) is cleaning up after them. Their food smells, their ‘mess’ stinks and if they shed hair then it’s a constant hoovering game. Sometimes they’re sick, bring in mice from the garden, snore very loudly or burp in your face. I assure you the last one has happened to me.

Owning any pet is good for your mind, heart and soul. They’re funny, loving and provide some form of companionship for their owners.Molly snores in the night like a grown human. It’s hilarious and I love her.

Just an appreciation post to say cats rule and yes dogs also rule, let’s all love them both!